We love this kind review from a stop on our New England summer tour. 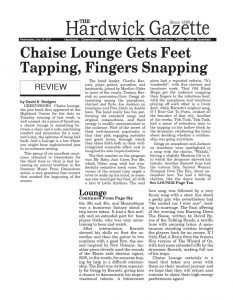