Jeff and Joe knock out the horn parts.

Jeff Gray, our new sax player, was baptized into the Chaise Lounge recording whirlwind by recording the parts to eight songs in one mondo recording session 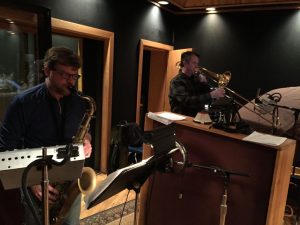 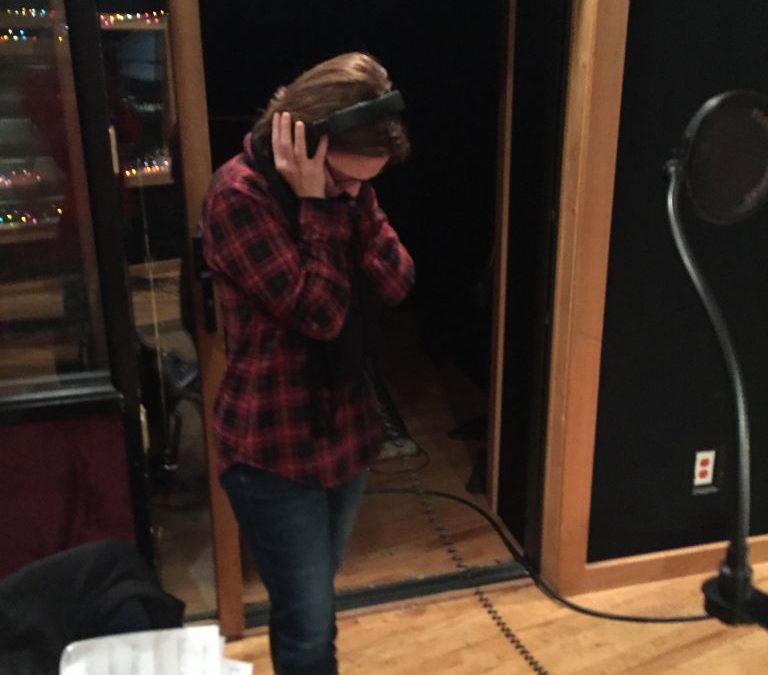 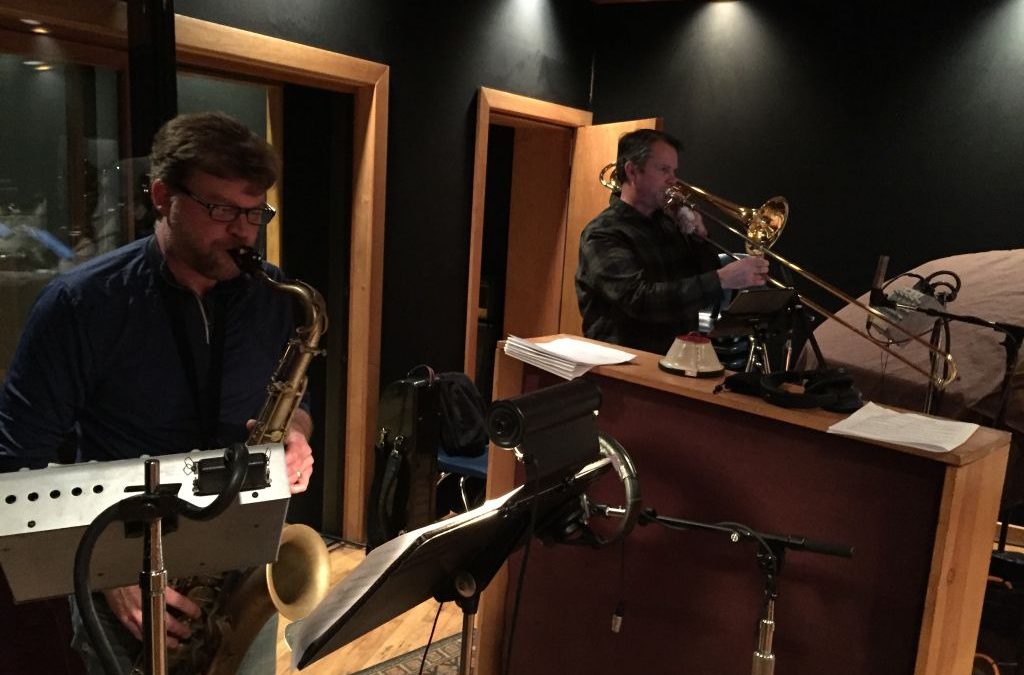